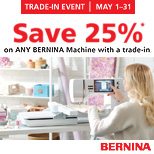 Who is Laura Fogg?

I have been a quilt artist for almost twenty years. My one quilting class was with Natasha Kempers-Kullen at Asilomar in 1999. Otherwise, I am self-taught. I had an art minor at UC Berkeley, and have taken numerous painting and drawing classes at the local community college. I have a MA and two teaching credentials in the field of Special Education- I spent 35 years employed by the Mendocino County Office of Education as an Orientation and Mobility Instructor for the Blind, and am now retired.

My quilts have been shown regularly since 2000, and awarded ribbons periodically, at many quilt shows across the US, including the AQS shows in Paducah and Nashville, the Tactile Architecture, Husqvarna and IQA shows in Houston and Chicago, PIQF, Mid-Atlantic Quilt Festival, World Quilt and Textile, the PA National Quilt Extravaganza, Visions in San Diego CA, and Quilt National in Athens OH. I have been a finalist three times in the MAQS “New Quilts from an Old Favorite” contest, and won a third place in their “bears paw” contest. My own quilts, together with those made by members of my guild, have been juried five years in a row into the “Ultimate Guild Challenge” sponsored by AQS at the Nashville show, winning 2nd place, 1st place, and best of show (two times). Many of my pieces have been accepted into major gallery and museum shows across the country, and have also been published in major quilting books and magazines in the US and abroad.

Two of my quilts (and me too!) were featured in documentary films. One was done by PBS in Redding CA in 2004 (“Escape from Skagway”). The other(“An Unexpected Manifestation of Menopause/Laura Takes a Leap”) was filmed by a private videographer and included in the film “Until the violence Stops” which aired on Lifetime TV in addition to being shown in theaters around the country in conjunction with the annual performances of Eve Ensler’s “Vagina Monologues.”

I was recently invited to be filmed on The Quilt Show with Alex Anderson and Ricky Tims. My segment will debut on February 26, 2017.

I have been lecturing and teaching landscape collage classes for quilting stores, quilt guilds and private groups in northern California and the west coast for the past twelve years.

Ukiah CA has been my home for my entire adult life, which is where I raised my three children. Besides quilting, my major hobbies include bicycle riding, kayaking, hiking, organic gardening and writing. I am the author of a book (a memoir on my experiences working with blind children and their families), which was published in 2007 by Medusa’s Muse Publishing Company.