Be the first to know about our special offers and latest news!

The winners of the 2020 Cherrywood Challenge, whose theme was Princess Diana, have been announced. Who was a cut above, rose to the challenge, and was crowned first place? Take a look for yourself.

The top five winners of the Challenge were:

2) Snapshots of Diana, the People's Princess by Jerri Penney

3) Essence of Diana by Susan Crane

4) We Miss You by Amberlee Berry

5) In and Out of the Shadow by Teresa Stoller

See the top five winners below the description of the challenge. (All Photos courtest of Cherrywood Fabrics)

The goal of the challenge, as described by Cherrywood Fabrics, was:

"Our challenge is to take inspiration from Diana, Princess of Wales, to create your own unique quilt using a limited color palette: pink and white. We encouraged you to push yourself creatively, think outside the box and create new fiber art. The contest is open to anyone and everyone."

Click Here to see all the Winners, including Staff and Judge's Choices, at the Cherrywood site. 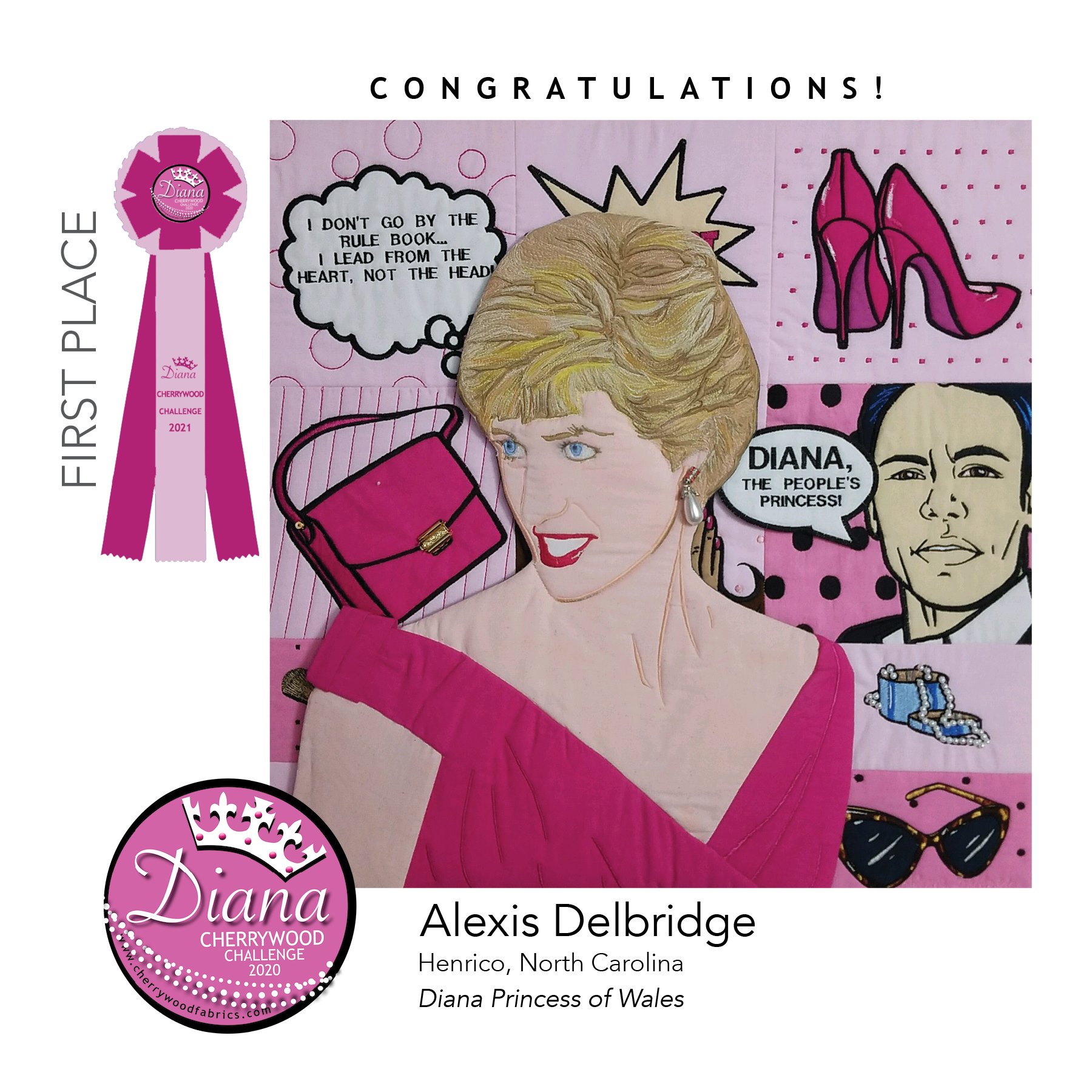 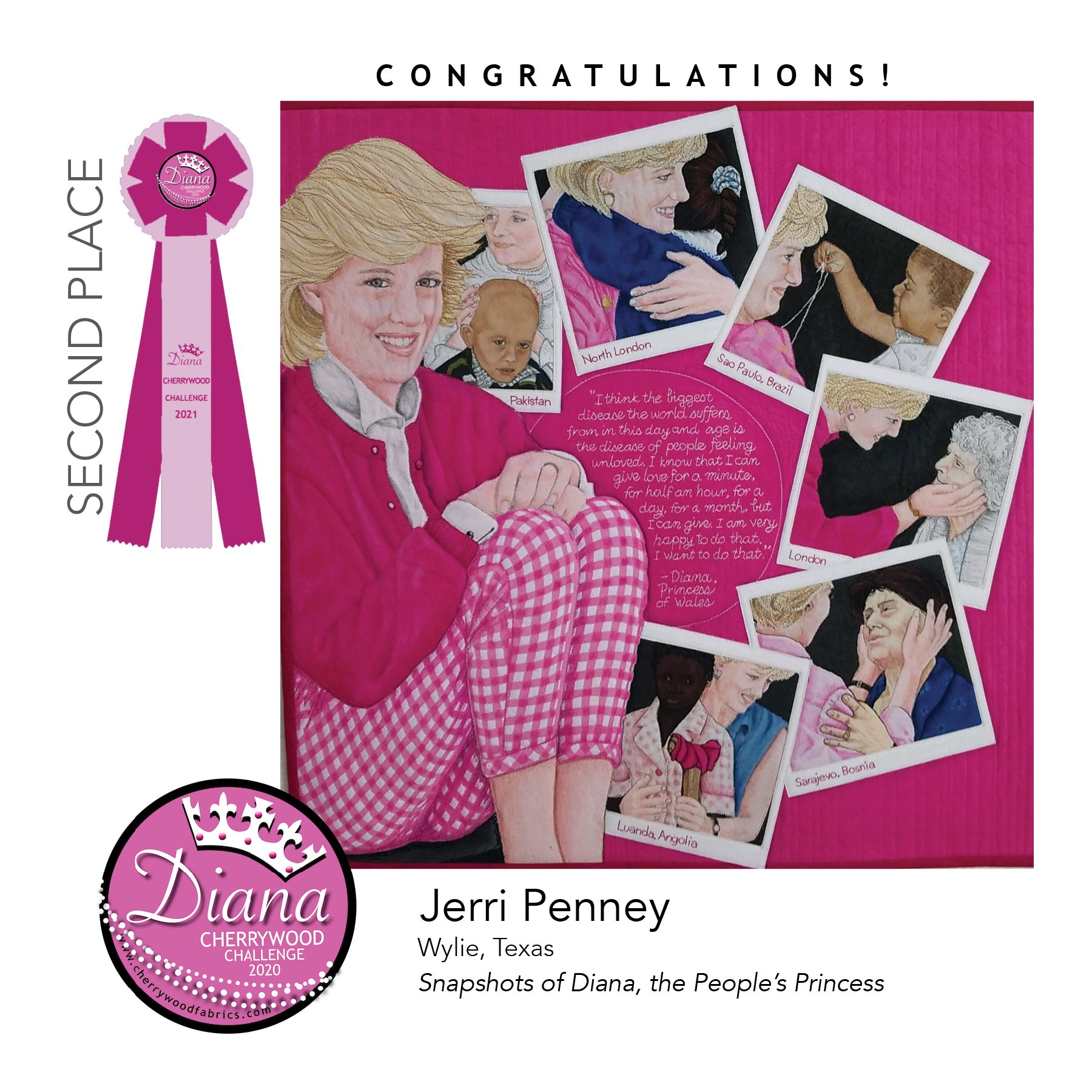 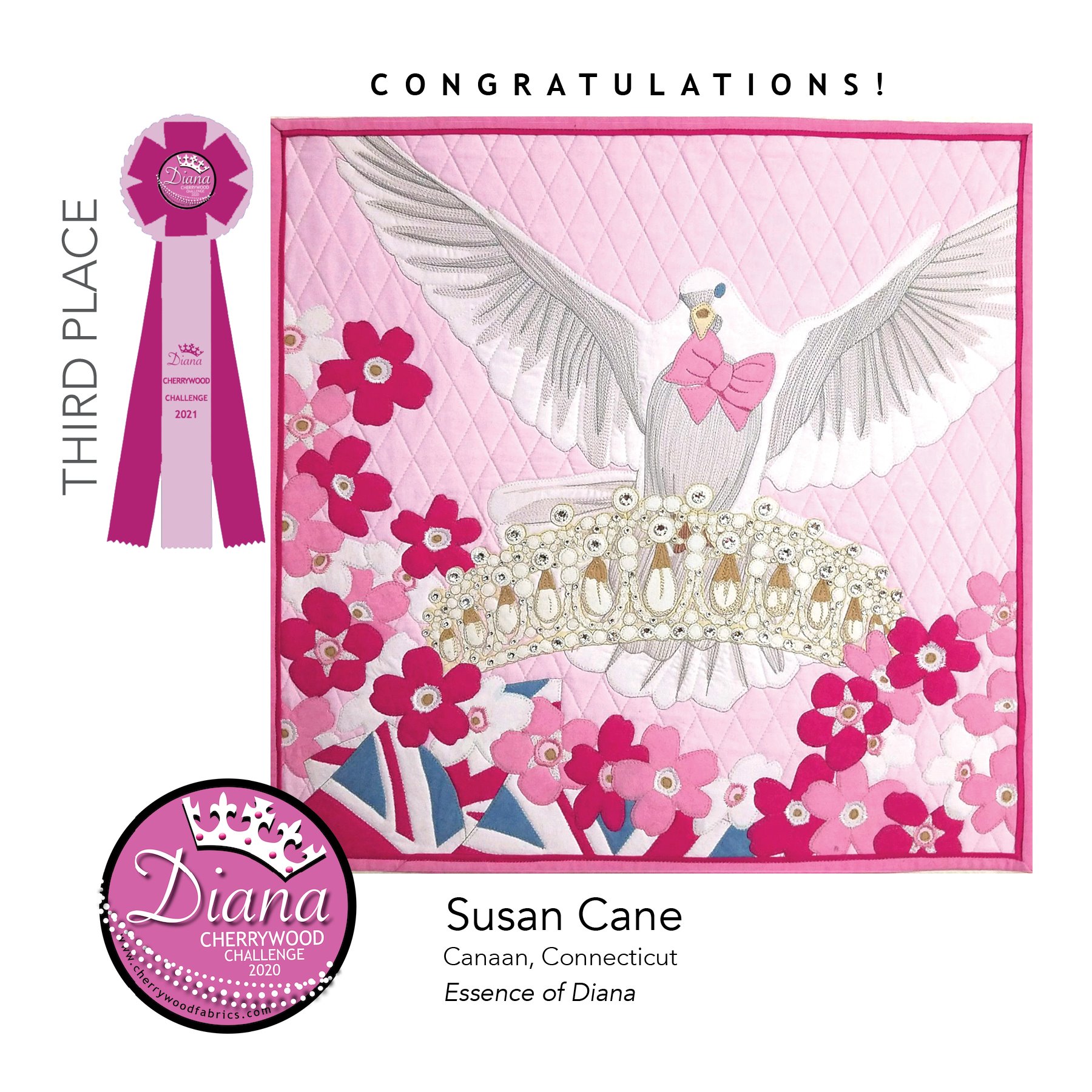 Fourth Place: We Miss You by Amberlee Berry 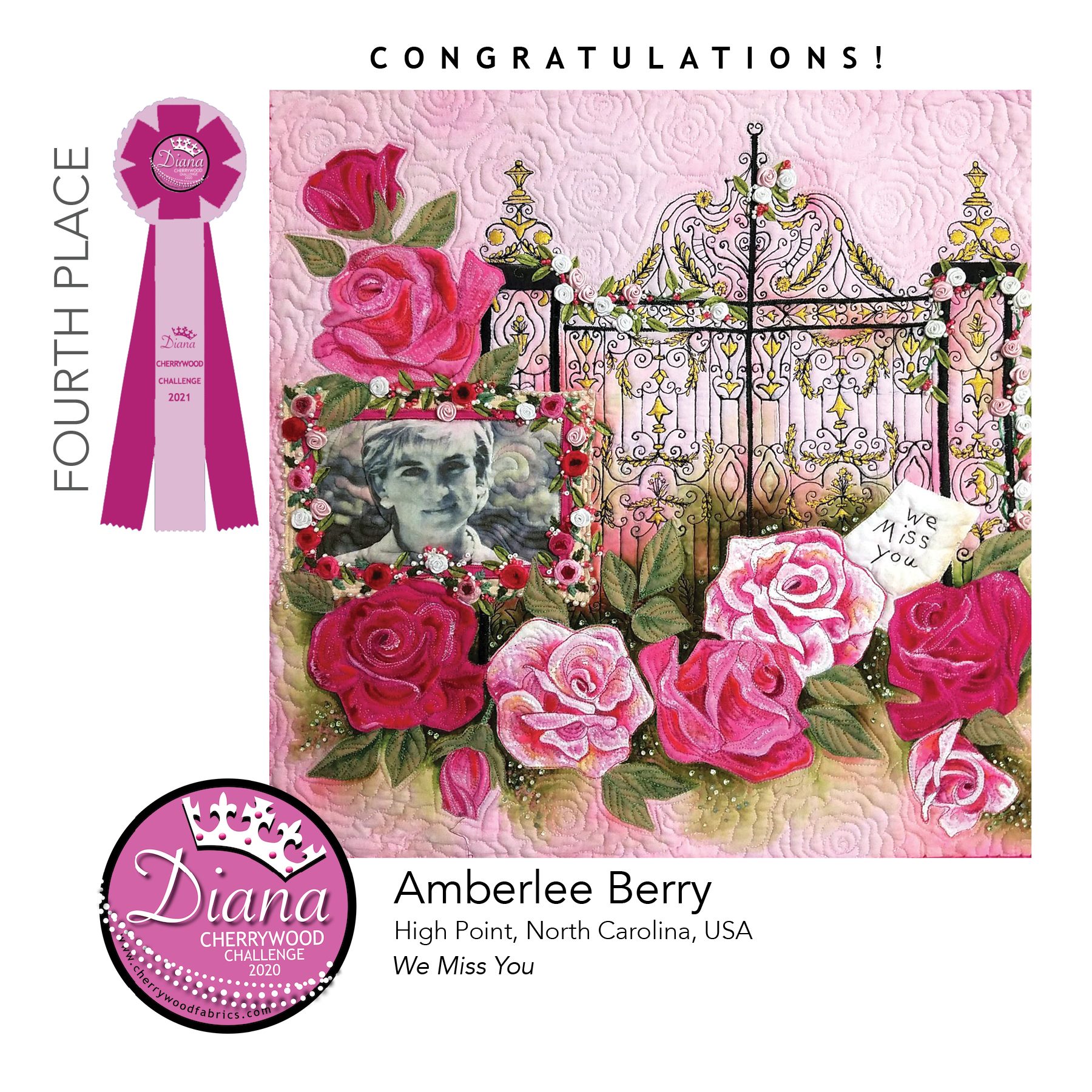 Fifth Place: In and Out of the Shadow by Teresa Stoller

Sherri, I was under the impression that this contest was international. There's no place for "our own country" in an international forum.

We need morel Dianas in this world. Her compassion and her warmth for the sick and wounded should be celebrated
]

As one of the judges, it was an honor and a privilege to help choose the finalists and the prize winners. I continue to be so impressed with what quilt artists are able to do with an idea, a size, and a constrained color palette.

Wow, Congratulations! All are so beautiful in their own way!!! Wonderful work ladies.

Joanne
This comment was minimized by the moderator on the site

Sherri - your comments are unnecessary. It's just a quilt challenge theme and those who were interested participated. Don't spoil others enjoyment just because your opinion is different. Kudos to the winners, the quilts are well executed and...

Sherri - your comments are unnecessary. It's just a quilt challenge theme and those who were interested participated. Don't spoil others enjoyment just because your opinion is different. Kudos to the winners, the quilts are well executed and images are perfect - keeping with the theme. Well done!

I don't understand why we are so wrapped up in the Royals. Didn't we start our own country to escape that system?

There are no comments posted here yet
Please login to leave a comment.

By accepting you will be accessing a service provided by a third-party external to https://thequiltshow.com/