Lizzy Albright and the Attic Window

by Ricky Tims and Kat Bowser 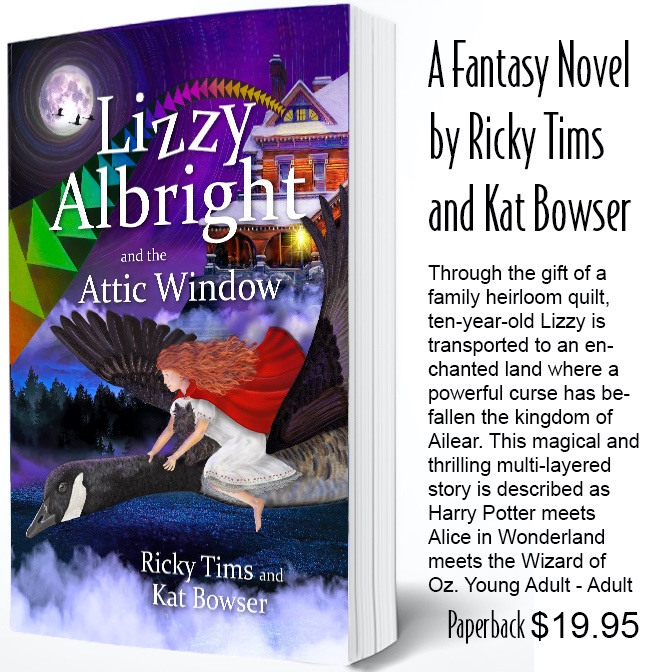 CROSS THE GENERATIONS WITH A GOOD READ!

This book is for you and the youngsters in your life.

Be the first to discover the world of Lizzy Albright.

It’s Christmas Eve 1964, which also happens to be the tenth birthday of Lizzy Abright, a red-headed, freckle-faced, over-imaginative child. The Beatles have made it big—and beehive hairdos are pretty big too. Station wagons have rear facing seats, and aluminum Christmas trees with rotating color wheels are the rage. Through the discovery of a family heirloom quilt, Lizzy is transported to an enchanted land where a powerful curse has befallen the kingdom of Ailear. Lizzy and her companions believe they can reverse the curse, but an evil sorceress has other plans. This magical and thrilling multi-layered story can be described as Harry Potter meets Alice in Wonderland meets The Wizard of Oz.

GET ON YOUR FLYING GOOSE AND HANG ON FOR THE RIDE!
Traditional quilt blocks play a minor role in the story. Quilters will be amused when they skim across a phrase that relates to a bear’s paw or a pickle dish. Some references will be obvious, but others are fairly-well hidden. The vintage quilt plays a critical role in the story, but it’s important to note that this is not a story about a quilt. It’s a story about empowerment, leaps of faith, and courage. It's a story about how choices come with consequences, and how sometimes great adversity can be a challenge to overcome.
The ORIGINAL Collectable Bundle • $39.99
save almost 30% 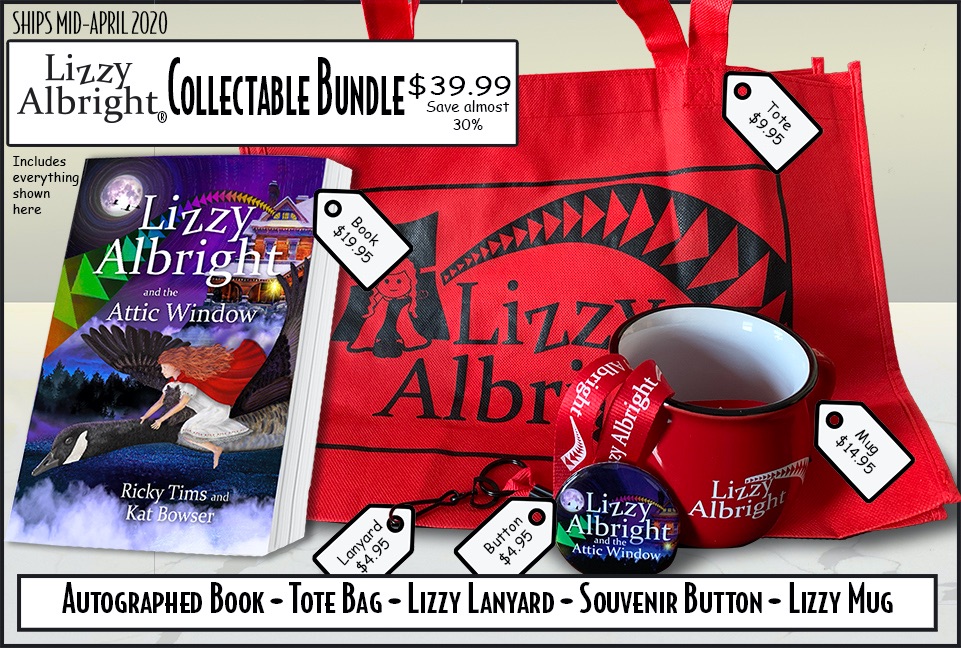