Shown here in the Enchantment colorway, the Robbing Peter to Pay Paul block is the eleventh block for the Legacy Quilt Club. The Legacy Quilt features twenty blocks. A new block pattern is available for FREE each month.

Laura not only wrote about her own pioneer childhood experiences, she devoted a whole novel to the ninth year of her future husband Almanzo Wilder as he grew up on a prosperous farm in Upstate New York. Young Almanzo learned at an early age to bargain for the value of his labor. After a liveryman paid two dollars per bale of good hay, he wondered why Almanzo settled on the price.

"Well," Almanzo said, "I asked two and a quarter because if I'd asked two, you wouldn't have paid but one seventy-five." The liveryman laughed, and said to Father, "That's a smart boy of yours." Father did not take the money for the hay; he let Almanzo take it and count it to make sure it was sixty dollars. 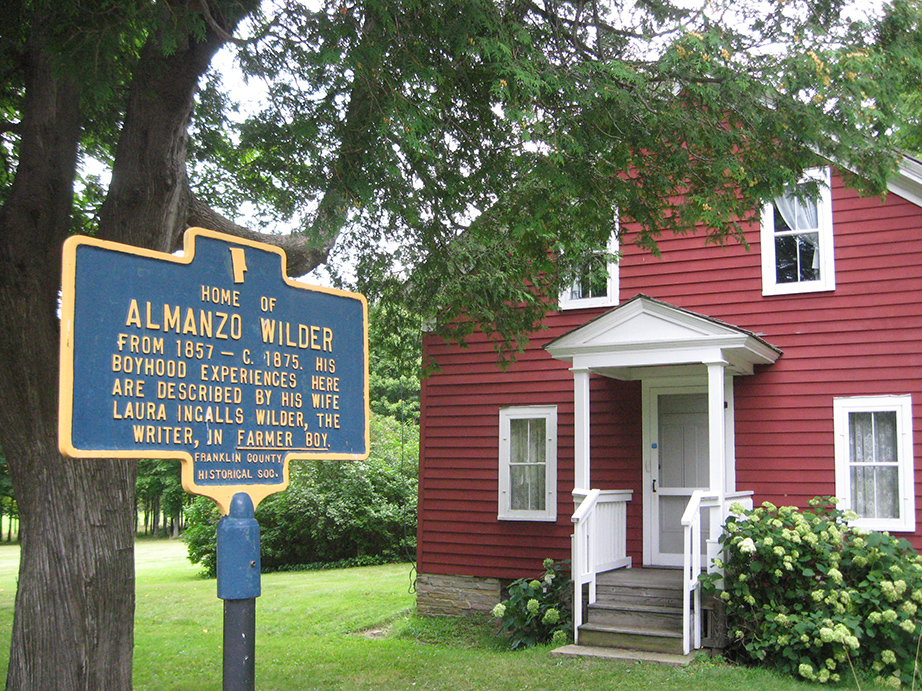 The Wilder Homestead is a historic home and farm today near Malone, NY. Photo by Connie Ryle Newman