Cris Rohn Hartman (challenge co-coordinator) has sent us a wonderful Smilebox of the California State Park Quilts - 2014 challenge.  To commemorate the 150th anniversary of the California State Parks in 2014, a "challenge" was issued to guild members of the Redding Quilt Guild (The Quilters' Sew-Ciety of Redding, Inc.), to create a quilt depicting a California State Park. The special exhibit titled "Celebrating California's State Parks" consists of 57 quilts made by 57 quilters to celebrate and showcase the diversity and beauty of the 278 various state park units in the state.
Click on the photo to start the Smilebox. Make sure you relax and grab an extra large cup of coffee as there are 203 slides!  Click on Learn More to find out more about the guild and the exhibit. 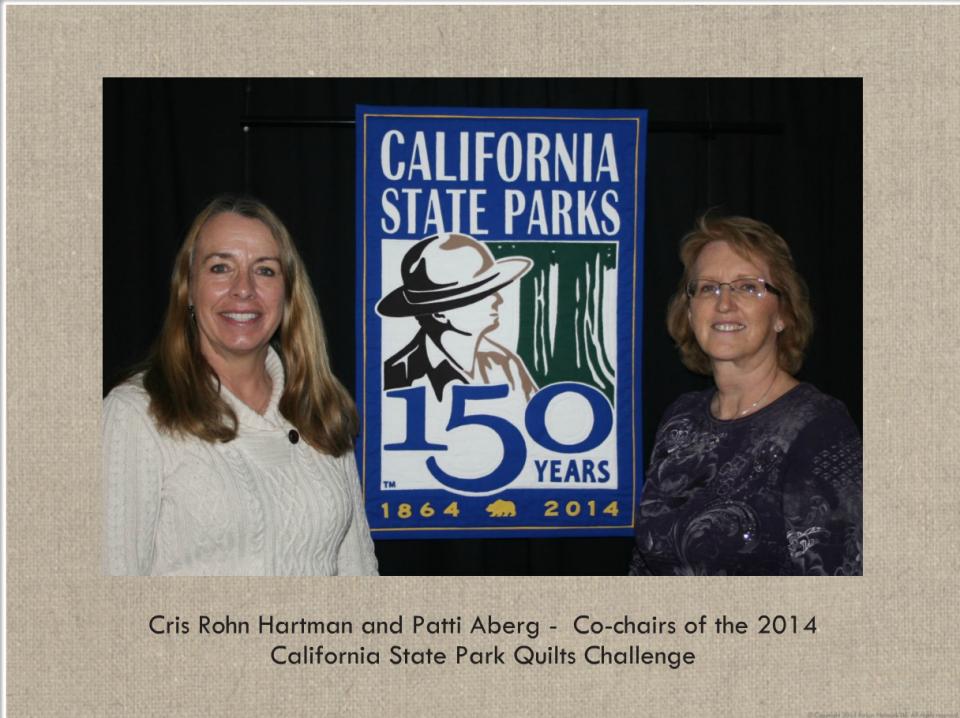